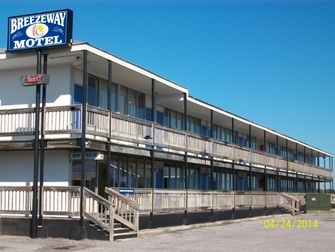 In 1949 the developers of Topsail Beach had a great idea. They converted the Project “Bumblebee” Barracks of Camp Davis into lodging for visitors. In the early 1950’s, the Justice Family took over and traded their oyster bed in Tar Landing for the property. They owned and operated the Breezeway Inn and Cafe until the early 1970’s. They decided to sell and that is where we came in. Dr. and Mrs. Cherry purchased the property in the early 1970’s. Renovations began by rebuilding several of the buildings. It was a family owned establishment while providing families a clean relaxing vacation as their priority. That attitude continues on with Bill & Kathy Cherry. They became the owners in the early 1990’s. They share a great love for Topsail Island and their extended families at The Breezeway. The motel has weathered through hurricanes and nor’easters but it only gets better. Bill & Kathy continue the renovating today as each year they work on new projects. The one tradition that has always stayed the same is the family values of The Breezeway. You’re always welcomed with experienced staff and friendly folks here.

Check in, get on your beach clothes, stroll out to our pier and admire the views of the beautiful Topsail Sound. Sunsets on the sound are breath taking. The beach access is an easy stroll, only 150 yards from the motel.